This handsome guy lived with kids 9, 11, and 13 and is relaxed, playful and tolerant of children – described to be the perfect family pet – he’s was surrendered to the shelter just because his family was moving somewhere that doesn’t allow pets. Our hearts were breaking for this boy and thanks to a loving foster home he is now safe and out of the shelter!

True to the Mastiff breed, Red is devoted and a loyal companion. He is even tempered and has been nothing but sweet to the core with his foster humans. He LOVES to be pet, and just wants someone who can give him the attention he deserves.

Reds fosters are obsessed with him, he has been such a wonderful 100+ companion to have in the house. He spends most of his day napping or begging for affection and to play with him and his toys, he allows all handling, is easilyy leashed, crate trained and just chills in the home when humans are gone. Inside the home he is BFFS with his teen foster brothers. On walks he is gentle and sweet with other humans and dogs. He gets along with other dogs, but has mostly been around females. He has not been around cats. 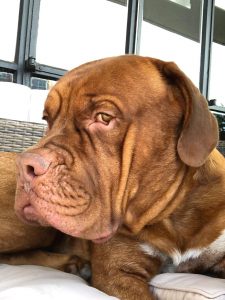 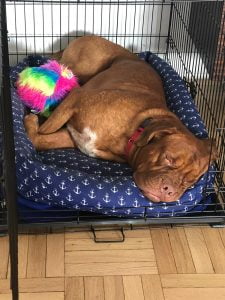 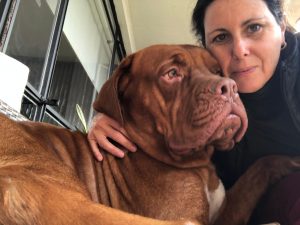 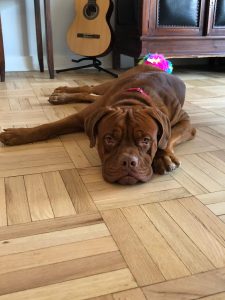 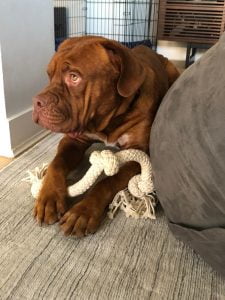 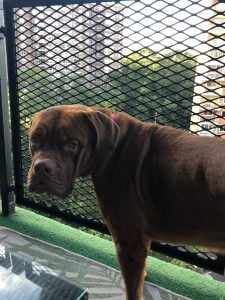 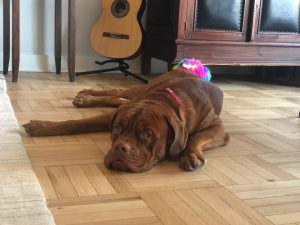