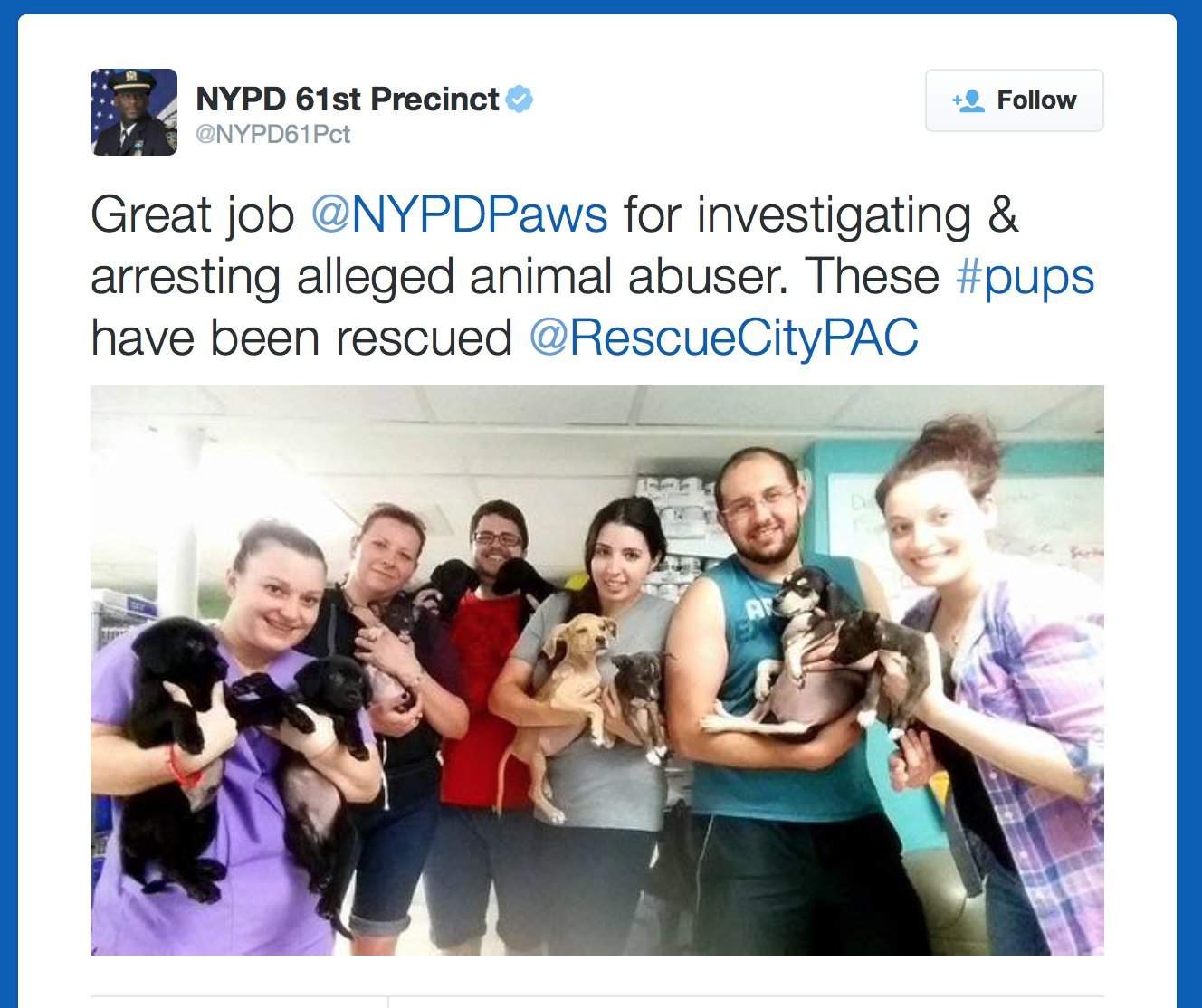 A local animal advocacy group rescued nine puppies on Tuesday that they say were neglected from an Avenue X home in Gravesend.

Volunteers from Rescue City, a group that facilitates pet adoptions, became aware of the alleged abuse while monitoring Facebook. They dispatched members to check out the situation, and found a yard full of young pups that they say appeared malnourished and sick.

As a crowd gathered in front of the home, one of the group’s co-founders gained entry and saw a situation that was “worse than we thought.”